The PATRIOTS decided Bella Vista needed a town parade.  In 2006, Jim Parsons and Forrest Strickler organized the first parade.  It began on Veterans Day and continued for several year.  In 2018, the City  accepted the Parade as an annual event on the Forth of July. 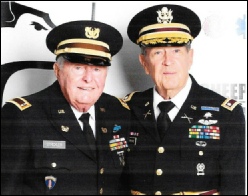 In the beginning, Steve Morrow from Allen’s would furnish hot dogs and hamburgers on Veterans day.  This continued from 2004 to 2005.

The Bella Vista Patriots host the 4th of July Patriot Parade to celebrate Independence Day and we do that by honoring our past and present military personnel.